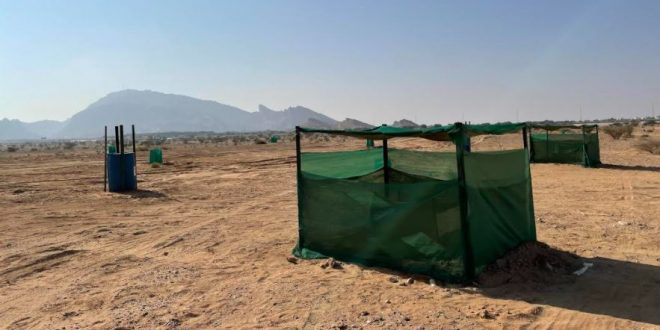 In implementation of the directives of His Highness Sheikh Hamdan,

Abu Dhabi, 17 April 2021: In implementation of the directives of His Highness Sheikh Hamdan bin Zayed Al Nahyan, Ruler’s Representative in the Al Dhafra Region and Chairman of the Environment Agency – Abu Dhabi (EAD), to propagate and preserve the local Al-Sarh tree, EAD has begun planting seedlings of this plant species. As a pilot, 25 seedlings were planted within the boundaries of Jebel Hafit National Park. This project is part of the agency’s programme to conserve and propagate important and threatened native plant species.
The Al-Sarh tree, which is considered among the local trees that support biodiversity and add beauty to the wild environment in the Emirate of Abu Dhabi, is also one of the rarest plant species in the UAE, as originally it was only recorded within Ras Al Khaimah Emirate. Earlier last year EAD recorded the existence of a single tree in the Emirate of Abu Dhabi, estimated to be more than 100 years old. The tree was discovered within one of the rock formations in the Malaqit area, east of Al-Ain, near the border of the Sultanate of Oman.
HE Dr. Shaikha Salem Al Dhaheri, EAD’s Secretary General said: “Following the directives of His Highness Sheikh Hamdan bin Zayed Al Nahyan, EAD has made numerous attempts to propagate the Al-Sarh tree. We have propagated these trees in our nursery in Al Dhafra region, which provided the initial batch of 25 plants rehabilitated within Jebel Hafit National Park.”
HE Dr. Al-Dhaheri pointed out that EAD has created small incubators to provide protection and shade for the seedlings, to reduce evaporation and stress. During the first stage, the trees will be supplied with water, and then irrigation will be gradually reduced so they can grow independently without support. The EAD will continue to monitor their growth and adaptation to the surrounding environment.
She confirmed that the EAD will continue its operations of breeding the Al-Sarh tree and rehabilitating it in its natural habitats through a process of replanting the trees within distinct plant groups in selected locations.
Ahmed Al Hashemi, Acting Executive Director, Terrestrial and Marine Biodiversity Sector at EAD said: “Al-Sarh tree, is an evergreen tree with a height of approximately 8 meters. It has small oval- shaped leaves which are densely clustered on the branches giving them a dense crown and providing excellent shade when its mature. Its single, radial flowers form in January and February and then transform into small fruits that ripen during March and April.”
He added “The Al-Sarh tree is considered a native species of Africa as well as being part of the Arabian Peninsula within the Hashemite Kingdom of Jordan, Palestine, the Republic of Yemen, the Kingdom of Saudi Arabia, the Sultanate of Oman and the United Arab Emirates. The range of the tree in the Sultanate of Oman and the UAE represents the global eastern border for the spread of this species, as it does not grow beyond that point”. 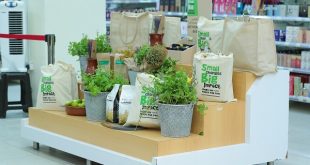 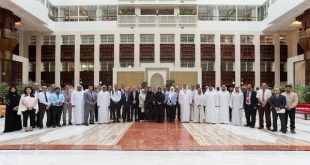 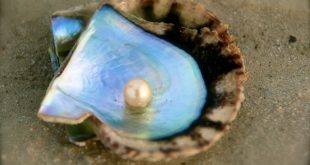 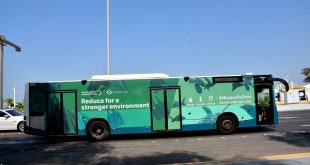