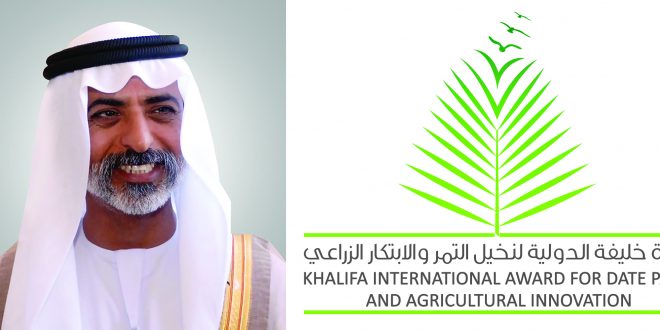 Nominations are now open for the Khalifa International Award for Date Palm and Agricultural Innovation, in its Fourteenth Session, 2022.

Under the directives of H.E. Sheikh Nahayan Mabarak Al Nahayan

Under the directives of H.E. Sheikh Nahayan Mabarak AlNahayan, Minister of Tolerance and Coexistence, Chairman of the Khalifa International Award for Date Palm and Agricultural Innovation Board of Trustees, the Award’s General Secretariat announced opening candidature for the Award’s Fourteenth Session, 2022, and accepting applications from researchers, producers, farmers, and academics specialized in date palm cultivation, and agricultural innovation, from around the world, starting from 18th of May, 2021 up to 31st of December, 2021, through the Award’s website www.kiaai.ae.

This came after the virtual press conference held by the Award’s General Secretariat via (ZOOM) platform, and in the attendance of Dr. Abdelouahhab Zaid, Award’s Secretary General, Dr. Helal Humaid Saed Al Kaabi, Member of the Award’s Board of Trustees, Chairman of the Administrative and Financial Committee, a number of international organizations representatives, interested candidates, and a number of regional and international media representatives, Dr. A.Zaid, Award’s Secretary General, also highlighted the Award’s great success, that has been achieved throughout the past fourteen years, where this is with thanks to the patronage of H.H. Sheikh Khalifa Bin Zayed Al Nahyan, President of the UAE, Award’s Patron, “May God protect him”, and the directives of H.H. Sheikh Mohammed Bin Zayed Al Nahyan, Crown Prince of Abu Dhabi, Deputy Supreme Commander of the UAE Armed Forces, and the support of H.H. Sheikh Mansour Bin Zayed Al Nahyan, Deputy Prime Minister, Minister of Presidential Affairs, and the continuous follow-up of H.E. Sheikh Nahayan Mabarak Al Nahayan, Minister of Tolerance and Coexistence, Chairman of the Award’s Board of Trustees, where the openness to the regional and international communities reflected great results, as there was a significant increase in the number of participants, in the various Award’s categories.

The Award’s General Secretariat, also announced that all the technical and administrative preparations has been completed, and ready to accept applications to the Khalifa International Award for Date Palm and Agricultural Innovation, in its Fourteenth Session 2022, starting from today, up to 31st of December, 2021, where the winners names will be announced in mid-February, 2022 and the honoring ceremony will be held in mid-March, 2022. 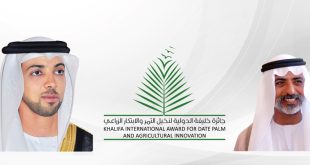 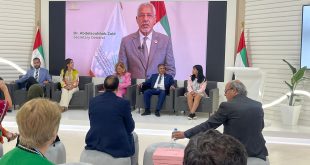