Abu Dhabi, 18 April 2021: The Environment Agency – Abu Dhabi (EAD) continues to implement a comprehensive plan to develop and protect Al Wathba Fossil Dunes, which includes developing the site’s infrastructure, services and tourism facilities and work to declare the site as a natural reserve to protect the emirate’s natural heritage and encourage eco-tourism.

Fossil dunes are outcrops of lightly cemented, cross-bedded dune sands, formed by the precipitation of calcium carbonate and other salts from ground water during the glacial period. The formations in the Al Wathba area derive their shape from the interaction between wind force and sediment supply.

Her Excellency Dr. Sheikha Salem Al Dhaheri, EAD’s Secretary-General said: “Abu Dhabi is rich with a unique diversity of environments, habitats, and scenic natural formations. Among these are the fossil dunes of Al Wathba. These distinctive and rather rare sand formations are densely located in the Al Wathba area to the south of the Al Wathba Wetland Reserve. These fossil dunes, which are also present in other areas of the emirate, have been classified as lithified sand dunes under EAD’s Habitat Map and serve as an important habitat for many wildlife species.”

Her Excellency indicated that these sand dunes are unique and are a significant element of the natural history of Abu Dhabi and the UAE, and she noted that such extensive and characteristic formations have not been reported from other parts of the country. Her Excellency highlighted that these sand formations are extremely fragile and prone to damage, therefore EAD, in cooperation with partners from the concerned government entities, is working to protect the site through inspection and monitoring.

Dr. Al Dhaheri added: “A team consisting of biodiversity experts and a number of engineers in EAD implemented more than 20 evaluation visits to the site over the past three months, with the aim of developing a comprehensive plan to protect the site. EAD also held a series of consultations with the concerned entities and other key stakeholders to further protect the site and ensuring its sustainability.”

Ahmed Al-Hashemi, EAD’s Acting Executive Director of the Terrestrial and Marine Biodiversity said: “EAD has prepared and implemented a monitoring programme by conducting morning and evening patrols on the site to ensure the protection of the area’s environment and prevent infringements. An inspection and control team consisting of four environmental inspectors implemented approximately 1,400 hours of inspection tours in the morning and evening periods, at a rate of 16 hours per day during the first quarter of this year.”

Al-Hashemi also indicated that temporary sign boards have been installed at key locations that are exposed to pressures at the site. EAD has also coordinated with the Abu Dhabi Center for Waste Management (Tadweer) to clean the site periodically and add waste containers.

Al-Hashemi added that during the last period, two campaigns were organised to raise awareness and clean the site, in cooperation with Tadweer, and more than 100 volunteers from the general public and Green Youth Majlis participated and collected around 300 kg of waste. In addition, the EAD team removed the graffiti which was found on the fossil and intensified monitoring to prevent such acts from occurring in the future.

EAD also launched a social media campaign which is aimed at educating the general public about the importance of the site. The Agency stressed that visitors to the site should avoid hosting events, climbing and disposing of waste at the fossil dunes. The fossil dune can be a picturesque place to host a picnic or gathering, however they are being damaged with the amount of waste left behind. Drawing and writing on the fossil dunes is considered unacceptable behavior as it damages the formations and distorts the overall aesthetic of the site. 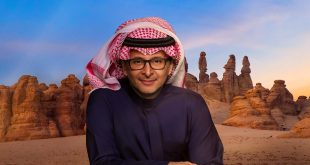 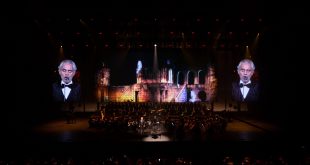