Under the directives of H.E. Sheikh Nahayan Mabarak Al Nahayan, Khalifa International Award for Date Palm and Agricultural Innovation, celebrates the “Year of the Fiftieth”,
by launching 10 scientific publications from the “50 Booklets series in the 50th Year” initiative

Under the directives of H.E. Sheikh Nahayan Mabarak Al Nahayan, Minister of Tolerance and Coexistence, Chairman of the Board of Trustees of the Khalifa International Award for Date Palm and Agricultural Innovation, the Award’s General Secretary launches the first batch of the “50 Booklets series” initiative, which was launched by the award to celebrate the “Year of the Fiftieth”. Where the initiative aims to spread specialized scientific knowledge in compliance with the Award’s objectives and transfer knowledge to farmers and interested people working in the date palm cultivation, date production, and agricultural innovation sectors, at the national, and international levels.

Dr. Abdelouahhab Zaid, Award’s Secretary General, also highlighted the fact that the first batch of booklets were launched in celebration of the fiftieth anniversary of the UAE’s Founding, and coinciding with “Year of the Fiftieth”, which will attract a large group of specialized academic expertise from inside and outside the UAE, covering scientific, technical material as well as innovative success stories. The booklets will also cover the use of artificial intelligence and the prospect of the agricultural future, in a way that contributes to supporting the scientific knowledge infrastructure related to the date palm cultivation, date production, and agricultural innovation sectors. The series of booklets and other publications are all available to the public readers through the Award’s Electronic Library, via the following link ( www.ekiaai.com ), also added Dr. Zaid.

The first batch of 10 booklets from the 50 Booklets series included the following:

1. The UAE is a green paradise, thanks to Zayed’s vision.
The study prepared by Dr. Helal Humaid Saed Al Kaabi, Secretary General of the Abu Dhabi Council for Quality and Conformity, highlighted the insightful vision of the late Sheikh Zayed bin Sultan Al Nahyan, and His Highness interest in agriculture and increasing the green area, during the period His Highness was the ruler’s representative in the eastern region, of the Emirate of Abu Dhabi (1946), where this continued after appointing H.H. Sheikh Zayed Bbin Sultan, as the Ruler of Abu Dhabi (1966). His Highness spared no effort in researching and employing the specialists’ expertise, from around the world, while His Highness’ agricultural vision expanded, to reach what the UAE has become today, a green paradise.

2. Achievements of the Arab Organization for Agricultural Development (AOAD), in developing the field of date palm cultivation and the production.
The study prepared by Professor Ibrahim Adam Ahmed Al-Dukhairi, Organization’s Director General, referred to the efforts of the AOAD since its establishment in Khartoum, in developing the date palm cultivation and production sector in the Arab countries, by increasing the cultivated areas and combating pests and diseases that affect date palm trees of various kinds, which include mechanical, agricultural, biological, and chemical damage. In addition to the legislation for the application of strict agricultural quarantine procedures to protect this wealth.

3. Developing the Dates’ value chain, and maximizing their added value.
The study prepared by Dr. Amjad Ahmed Mohamed El-Qadi, Director of the Food Industries and Agricultural Processing Technology Center (FAITC), affiliated to the Industry Council for Technology and Innovation in the Ministry of Trade and Industry in the Arab Republic of Egypt, indicated a set of challenges facing the Arab dates, including high losses due to the lack of full implementation of practices. Good agricultural and manufacturing activities that will maximize the value of dates throughout the value chain, especially the post-harvest transactions, processing and packaging.

4. Date Palm borers and Nematodes.
The study presented by Dr. Muhammad Zidan Khalaf, and Dr. Samia Khalil Mahmoud, from the Republic of Iraq, indicated that date palm trees and their fruits are attacked by many insect pests such as palm borers, which are one of the insect pests that cause severe damage to date palm trees. Nematodes (nematodes) pathogenic to insects are also considered one of the effective biological agents that are used to control a wide range of insect hosts, as it is one of the safe methods that do not affect non-target organisms.

5. Date palm in archaeological finds in the Arabian Peninsula.
The study prepared by Dr. Vivian Hanna Al-Shweiri, Professor of Archeology, Civilizations and Ancient Languages, at the Lebanese University, indicated that the date palm tree extends its roots in the Arab lands’, since the founding of the land of the Arabs, depicted as a divine source, where its trunk is a firm support, its head is a shelter to people under in its shadows, people who loved it and radiated the authenticity of existence. As the date palm tree is one of the oldest cultivated plants, archaeological evidence indicates that the date palm tree is considered an ancient tree, as its history goes back to thousands of years ago in the land of the Arab world.

6. Agro-tourism, a cultural and recreational agricultural innovation.
The study presented by Dr. Sayed Ashour Ahmed, Professor at the Faculty of Agriculture, Assiut University, Arab Republic of Egypt, indicated the importance of agricultural tourism, as a new type of eco-tourism, which appeared in its current form in the eighties, and developed as a result of social, economic and cultural factors, until it became one of the the most important types of tourism in the world, and one of the most developed, especially in the Middle East, which has distinctive environmental factors, and presenting the most important elements of agricultural tourism in the Arab region.
7. Sustainable oases initiative.
The study presented by Eng. Mohamed Bachri, Director of Strategy and Cooperation, at the National Agency for the Development of Oasis and Argan Regions, in the Kingdom of Morocco, indicated the importance of establishing an international alliance on the “Sustainable Oases” initiative, between the countries concerned with the problems facing the date palm oases, across the desert region, and extended from The Arabian Gulf to the Atlantic Ocean, under the auspices of the United Nations to develop the necessary tools and resources to protect and ensure the sustainability of these oases.

8. The Jordanian experience in date palm cultivation and production.
The study presented by Eng. Anwar Helal Abdullah Haddad, President of the Jordan Dates Association, highlighted the main factors that contributed to the quality of Jordanian dates, despite the short lifespan of the experiment, which does not exceed 20 years. Date Palm cultivation in the Hashemite Kingdom of Jordan, was based on a scientific study, using textile seedlings from reliable global sources, with the development of a specific standard for Jordanian dates, in addition to preparing a national strategy, and a study on the positioning of the Jordanian dates in the international market.

9. Dates Nutritional benefits.
The study presented by Eng. Nada Zuhair Ahmed Al-Adeeb, Director of Community Nutrition Department, Tawam Hospital, Abu Dhabi Health Company, Secretary-General of the Emirates Nutrition Association, indicated that dates played an important role in the cultural heritage of the UAE, and many Middle Eastern countries. Given its diverse nutritional value, it contains more calories than most fresh fruits. Eng. Nada also emphasized that including dates in one’s diet, is an important way to increase fiber intake, which will benefit the health of the digestive system and improve the body’s vitality.

10. Scientific guide to the prevention and control of the Red Palm Weevil.
The study presented by Eng. Khaled bin Al-Waleed Mahmoud, and Eng. Islam Mahmoud Abdel Alim, from the Arab Republic of Egypt, answered a number of important questions, most notably about the Red Palm Weevil, a pest that cannot be eradicated? Are the findings of science and technology up to the present time not sufficient to prevent date palm trees from such pests? Is the Red Palm Weevil different from any other pest, and does it have a special nature, different from other known pests? 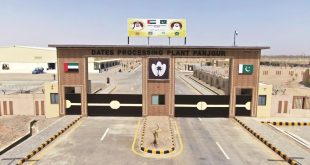 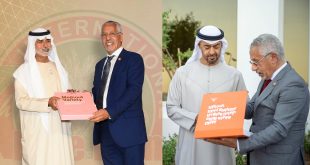 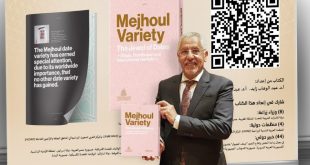 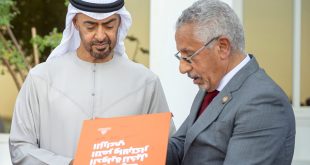