In celebration of Antarctica Day, 1 December 2021, the Environment Agency – Abu Dhabi (EAD) brought together people from the UAE on Thursday who have visited the world’s polar regions, Antarctica and the Arctic, at Dubai Expo for the first time, during the UAE’s 50th Golden Jubilee week.
The purpose of the gathering was to share stories on historic UAE Antarctic and Arctic expeditions from the previous 50 years, discuss the importance of the polar regions to the UAE in respect to climate change, and plan future environmental collaborations, in celebration of the UAE’s 50th Anniversary.
Hosted by EAD, the scientific research organisaton and environmental regulator for Abu Dhabi Emirate, in collaboration with Hamour House at Dubai Expo, around 35 individuals from the UAE who have been to Antarctica or the Arctic attended the event. Nineteen males and 16 females have journeyed to the top and bottom of the world. Of these 35 individuals, 28 had been on expeditions with Sir Robert Swan, the polar Explorer, the first person to walk to both the North South Poles, as part of his ‘Climate Change Leadership on the Edge Programme’.
On February 23rd 2018, three EAD employees flew to Ushuaia at the bottom of South America, and boarded a ship, the Ocean Endeavour, to voyage to Antarctica as part of the Climate Force International Antarctic Expedition 2018. The team, coined as Team Zayed, to mark The Year of Zayed, joined teams from over 20 countries for two weeks to learn about climate change and experience the impact of global warming on the continent. Team Zayed also took part in Sir Robert Swan’s renowned Leadership on the Edge Programme.
Team Zayed in Antarctica put on the Zayed Solar Lights Show and lit up the night skies using 100 solar lights, sending a message of unity, hope and action on Climate Change. The team also wrote the names of UAE leadership and inspirational environmental personalities.
To symbolically raise awareness on the importance of climate change action, in replicating the initiative of EAD’s Team Zayed in Antarctica the attendees at the Expo event wrote the following words: “Antarctica, Climate Change, Dubai Expo, UAE 50 Years and COP 28” using 50 individual solar lights, reflecting 50 years of the UAE, which lit up the Terra Auditorium within the Sustainability Pavilion at Dubai Expo.
The attendees at the gathering reiterated key messages from the most recent Intergovernmental Panel on Climate Change (IPCC) Report (August 2021), such as: “It is unequivocal that human influence has warmed the atmosphere, ocean and land, and that widespread and rapid changes in the atmosphere, ocean, cryosphere and biosphere have occurred.
The Arctic is warming at a rate of almost twice the global average and there has been a decrease in summer Arctic sea ice area of around 40 per cent since 1979; Temperatures on the west coast of the Antarctic Peninsula have risen by nearly 3 degrees in the past 50 years, five times faster than the global average. In 2020 a record-high temperature of 18.3 degrees Celsius was registered in Antarctica.”
Winston Cowie, a member of the Environment Agency-Abu Dhabi’s Team Zayed in 2018 said: “We were pleased to bring together explorers from the UAE who have been to Antarctica and the Arctic to talk about climate change and collectively work together to raise awareness on climate change. Antarctica’s importance to climate change is recognised given it is the largest mass of ice in the world, which if melted, would see global average sea levels rise by around 58 metres.”
Rashed Al Zaabi, also from Team Zayed, said: “We hope that the lighting up of Dubai Expo in solar lights with environmental messages will inspire UAE youth to study and visit the polar regions.” 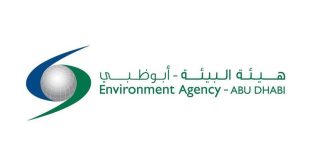 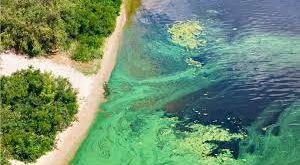 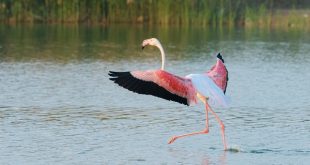 Including its most prominent achievements and programmes in 2021 Abu Dhabi, 15 April, 2022: The …