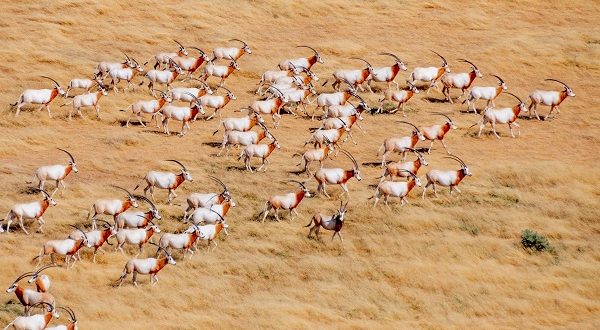 As part of the world’s largest re-introduction programme

Abu Dhabi, 21 December 2021: As part of the world’s largest mammal re-introduction programme, the Environment Agency – Abu Dhabi (EAD) has just completed a successful mission to translocate 25 Scimitar-horned Oryx (SHO) and 25 Addax to Chad, which will soon be released into the wild as the two species have overlapping home ranges. The Agency is also planning to translocate another 25 SHO to Chad in February 2022.

The EAD team also successfully darted 18 wild SHO and fit them with satellite tracking collars enabling close monitoring including survival and reproduction. One herd observed was 87 animals, where over 100 calves will be born in the wild this year.

The latest release follows the success of the re-introduction programmes that aims to create a self-sustaining herd of over 500 SHO in the 77,950 km2 Ouadi Rimé-Ouadi Achim Wildlife Reserve, decades after the species was declared ‘extinct in the wild’ by the International Union for the Conservation of Nature (IUCN) in 2000.

Launched in 2014, with the first shipment of animals released back into the wild in 2016, the herds have been observed making efficient movements to and from the pre-release pens from far away to assure they are adapting well to their new surroundings.

In 2017, a herd of 75 SHOs arrived safely at the Ouadi Rimé-Ouadi Achim Wildlife Reserve in Chad as part of the programme, in collaboration with the Chad Ministry of Environment and Fisheries and the Sahara Conservation Fund (SCF).

In 2018, the Sahelian plains of Chad welcomed 40 SHO new calves, increasing the total herd to 180 animals at the time. Currently, there are approximately 400 Scimitar-horned oryx in the wild, thanks to the birth of over 60 new calves so far this year.

The second phase of the re-introduction includes the critically endangered Addax and began in 2019 with the translocation of the first pilot group of 15 animals in Nov 2019, followed by the second group of 25 Addax in March 2020, prior to Covid-19 travel restrictions. Currently, there are 65 Addax in the wild with 15 calves born so far this year.

HE Dr Shaikha Salem Al Dhaheri, EAD’s Secretary General, said: “We will always continue the legacy of the late Sheikh Zayed who pioneered the SHO re-introduction programme, the first of its kind anywhere in the world. The project will serve as a benchmark for similar initiatives, and we are keen to serve as leaders and guides to other entities in the fields of captive breeding and conservation. It is saddening to see species becoming extinct and we at EAD will do everything in our capacity to reverse this.”

She added: “Next month, we will be releasing both SHOs and Addax in Chad in collaboration with our partners, who are truly invested in ensuring the project’s success, and we are on track to establish a herd of 500 SHO in the wild. Our efforts will continue next year, and we are expecting the birth of more calves, which will help to increase herd sizes and curb the rapid decline of these species.”

According to existing data, the last SHO disappeared from Chad in the late 1980s and the species was officially declared globally “Extinct in the Wild” by IUCN in 2000, with the only surviving animals persisting in ex-situ, or in captivity in breeding programmes in zoos and private collections across the world.

The success of this project is characteristic of the vision of the late Sheikh Zayed who first noticed the rapid decline of SHO numbers in the wild during the 1960s. He immediately ordered the creation of a conservation initiative through a captive breeding programme piloted in the UAE. The animals were housed on Sir Bani Yas Island, where, over the years, their numbers expanded significantly, eventually reaching over 1,000 animals.

The Scimitar-horned Oryx and Addax are flourishing in Chad due to the incessant support of several prominent global partners, which have passed on their invaluable proficiency to EAD. These partners include: the Ministry of Environment in the Government of Chad, the Sahara Conservation Fund (SCF), the Zoological Society of London (ZSL), the Smithsonian Conservation Biology Institute (SCBI), Marwell Wildlife, Royal Zoological Society of Scotland, Saint Louis Zoo WildCare Institute, Fossil Rim Wildlife Center and the European Union. 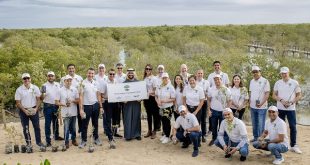 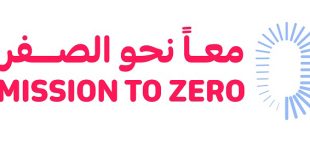 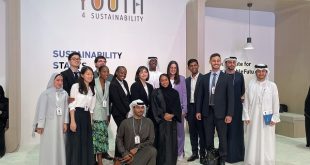