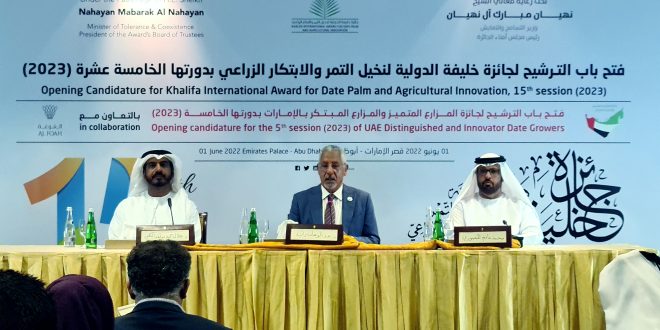 Under the patronage of H.E. Sheikh Nahayan Mabarak Al Nahayan

Nominations for the Distinguished and Innovative Farmer Award, in its 5th session 2023, is now open.

Under the patronage of H.E. Sheikh Nahayan Mabarak Al Nahayan, Minister of Tolerance and Coexistence, Chairman of the Board of Trustees of Khalifa International Award for Date Palm and Agricultural Innovation, the Award’s General Secretariat announced the opening of nominations candidature to its 15th session 2023,  and nominations for the Distinguished and Innovative Farmer Award, from the 1st June 2022 up to 30th December 2022, allowing date palm growers, producers, researchers, academics, date palm tree lovers, from  UAE, and from across the world to apply, compete, and win.

Dr. Abdelouahhab Zaid, then highlighted the fact that the Award’s progress chart over the past fifteen years, has been growing steadily at various levels, thanks to  the patronage of  H.H. Sheikh Mohammad Bin Zayed Al Nahyan, President of the United Arab Emirates, “May God protect him”, the Award’s Patron”, and the continuous support of H.H. Sheikh Mansour Bin Zayed Al Nahyan, Deputy Prime Minister, Minister of Presidential Affairs, and follow-up of H.E. Sheikh Nahayan Mabarak Al Nahayan, Minister of Tolerance and Coexistence, chairman of the Award’s Board of Trustees, where the great openness to the local, regional and international community resulted in increasing the number of candidates in the various Award’s categories, over the past fourteen years.

Dr. A. Zaid, also stressed his keenness to enhance the Award’s local and international presence, and continue to journey of successes achieved over the past years, gained because of the appreciation of date palm growers, producers and researchers in the field of date palm and agricultural innovation in the UAE, and across the world.  Where the total number of candidates in the Award’s categories, was a total of 1,769 participants representing, 56 countries from across the world, of whom 88 won, 1,401 Arab participants, of whom 47 won, and 130 participants from the UAE, of whom 24 won. While the number of foreigners participating in the Award reached 238, of whom 17 won. Where 59 distinguished national and international organizations and personalities were honored, including 25 personalities were from the UAE.

On the other hand, Dr. Helal Humaid Saed Al Kaabi, member of the Award’s Board of Trustees, announced the opening of nomination in the Distinguished and Innovative Farmers Award,  in the UAE in its Fifth session, where he urged date palm growers to participate in the Award, as of its importance in promoting the competitiveness of Emirati dates at the local and international markets, pointing out that  the number of participants in the Distinguished and Innovative Farmers Award in the UAE, during the past four sessions, reached  321 participant, of whom 28 date palm growers, from across the UAE have won, where their farms followed the international standards of quality dates, which they then marketed to Al Foah company, in terms of quantity and quality, in addition to their commitment to all the requirements of security, safety and public health approved by the competent authorities towards the farm workers or in agricultural services and technical procedures followed by them.   Dr. Al Kaabi also praised the great efforts made by the members of the Award’s technical committee in evaluating the received participations in accordance with the best professional standards.

Mr. Mohammed Ghanem Al Mansouri, representative of Al Foah Company, then praised the great participation of date palm growers in the UAE, and the results achieved, where the Award winners deservedly won, as they represented a distinguished quality of dates produced, as well as high level in applying the highest standards of safety, hygiene, environmental protection and the application of all conditions in accordance with international best practices.

Finally, the Award’s General Secretariat, announced that all technical and administrative preparations have been completed to receive applications started from the 1st of June 2022, up to  31st of December 2022, where the winners will be announced during the month of  February 2023, and the ceremony will be held in March 2023, wishing all everyone all the best and success. 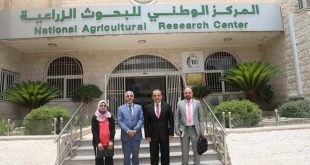 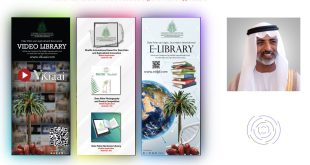 The International Date Palm Electronic library, consists of more than 230 books, while the Award’s …