Within the activities of the 27th Climate Change Conference (COP27)

Under the directives of H.E. Sheikh Nahayan Mabarak Al Nahayan,

Under the directives of H.E. Sheikh Nahayan Mabarak Al Nahayan, Minister of Tolerance and Coexistence, Chairman of the Board of Trustees  of Khalifa International Award for Date Palm and Agricultural Innovation,  the Award’s General Secretariat launched two initiatives as part of its participation within the official delegation of the United Arab Emirates in  the Twenty-Seventh Climate Change Conference (COP27), on Saturday, 12th November, 2022 in Sharm El-Sheikh, where the first initiative  entitled “Regional Renewable Ecosystems” and the second initiative  entitled (“Regional Futures. Regenerative Systems” and “The International Initiative to Adapt Date Palm Oases under Climate Change Challenges”, where the launching ceremonies took place at the UAE pavilion, under the supervision of Dr. Abdelouahhab Zaid, Award’s Secretary General,  H.E. Dr. Helal Humaid Saed Al Kaabi, Member of the Award’s Board of Trustees, H.E. Dr. Ibrahim Hafidi, Director of the National Agency for the Development of Oasis and Argan Tree Areas in the Kingdom of Morocco, H.E. Eng. Abdelaziz Al-Haraiqi, Director of the Hassan II Institute of Agriculture and Veterinary in the Kingdom of Morocco, and Dr. Sandra Piesik, as well as the participating Award’s team and a number of experts, and respected guests. 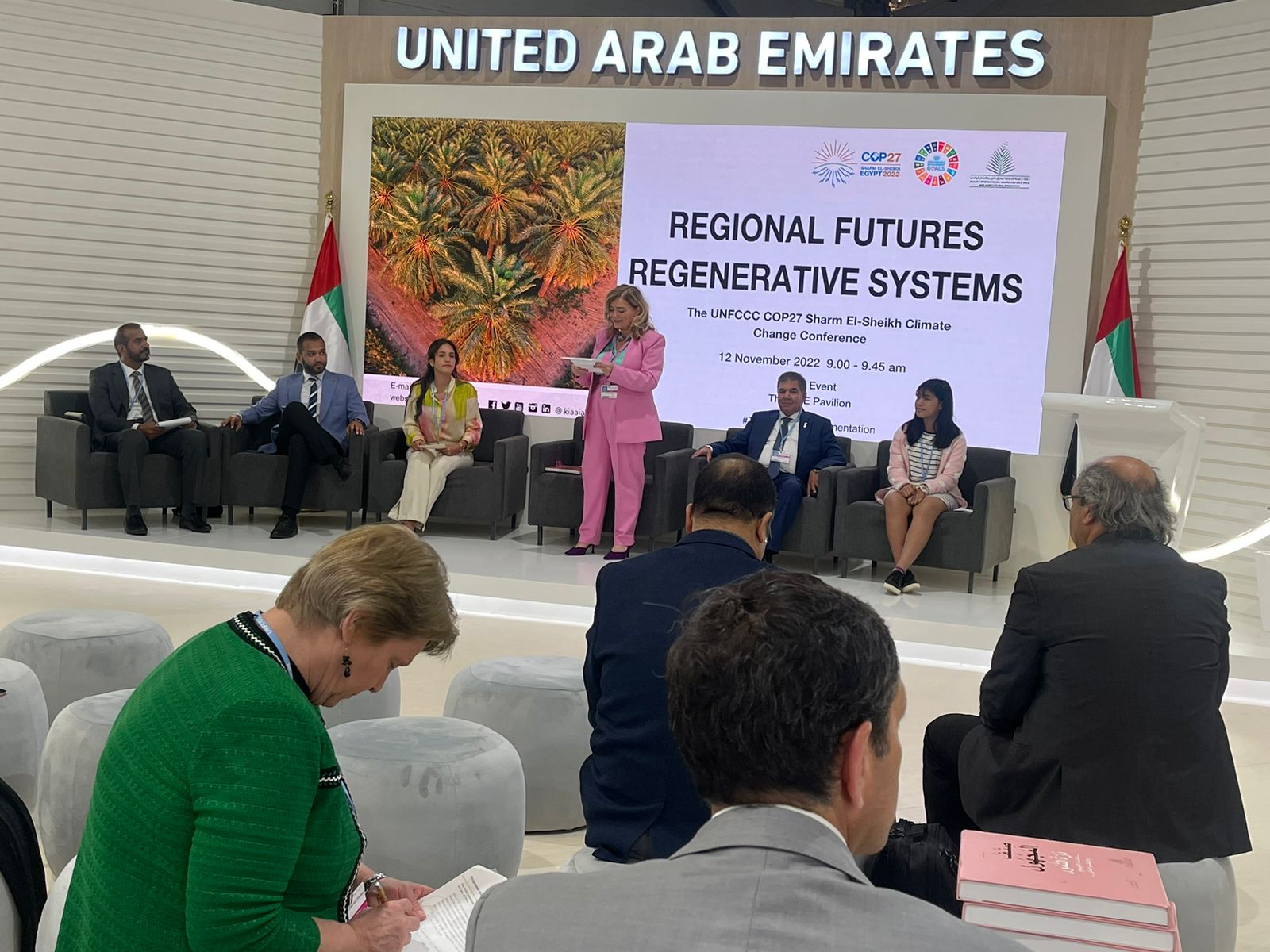 Their Excellencies Dr. Ibrahim Khafidi and Dr. Abdulaziz Al-Haraiqi praised the efforts of the General Secretariat of Khalifa International Award for Date Palm and Agricultural Innovation in the development and of the date palm cultivation sector at the national, regional and international levels, where these initiatives came as a translation of the vision of the wise leadership in preserving biodiversity and reducing carbon emissions to reach zero neutrality by 2050, where their Excellencies the participating ministers praised the importance of the initiatives launched by the Award as it aligns with the objectives of the Climate Change Conference, where it represents a clear demonstration of the Award’s commitment to the United Nations Sustainable Development Goals (SDGs) to mitigate the impacts of

Commenting on the first initiative (Regional Renewable Ecosystems Initiative) launched at the UAE Pavilion, at 9:00 AM on Saturday, 12th November, 2022, Dr. Abdelouahhab Zaid, Award’s Secretary General, expressed that this initiative comes within the framework of the Award’s mission to preserve the ecosystems of date palm oases in the Middle East and North Africa. Valuing its agricultural, cultural and social value to face climate change and achieve sustainable development. This initiative was framed around the vision and objectives of the Sharm El-Sheikh Climate Change Conference (COP27), and which contributed to supporting the (NDCs) reports. The goal of renewable regional ecosystems is also to enhance cooperation and build partnerships with national, regional and international organizations, in order to achieve the Sustainable Development Goals, to ensure that the world remains a more resilient and sustainable economic place where people are at the heart of climate talks.

Dr. Helal Humaid Saed Al Kaabi,  Member of the Award’s  Board of Trustees, also pointed out in his comment on the second initiative (The International Initiative to Adapt Date Palm Oases under Climate Change Challenges) launched at the UAE pavilion at 2:00 PM, on Saturday, 12th November, 2022, that today due to the social, economic and climatic changes the world is facing, the  initiative has focused on  the development of the historic date palm oases and the valorization of the agricultural, cultural and social wealth of these oases, in the Middle East and North Africa, and to protect and develop the agricultural heritage, the World Genetic Bank and the cultural wealth of the oases as endangered.  Empowering the oasis community in its keenness to preserve the biodiversity of oases and enhance its food security to face climate change.  The physical and intangible heritage of oases is a reflection of the climatic changes.

On the terms of reference of the (The International Initiative to Adapt Date Palm Oases under Climate Change Challenges), Dr. Abdelouahhab Zaid, Award’s Secretary General, added  that this  initiative is  based on the “Sustainable Oases” initiative  presented by the Kingdom of Morocco  at 22nd Climate Change Conference in Marrakech, Kingdom of Morocco (COP22) in 2016, and is also based on  the Declaration of the United Nations Conference on Sustainable Development Rio+20 (June 2012) the future we want, including materials discussing food security, nutrition and sustainable agriculture.  In addition to the Paris Agreement – COP21, Article (7), regarding the need to protect the most vulnerable ecosystems, encourage addressing climate change issues through adaptation actions while respecting the characteristics of each ecosystem and call for strong international cooperation in favor of the region’s most vulnerable to climate change, as in this case, is the oases. 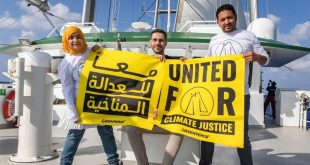 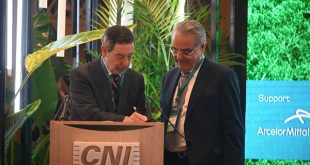 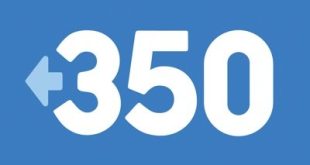 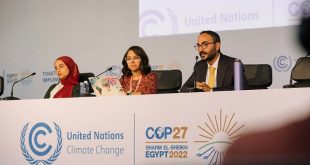